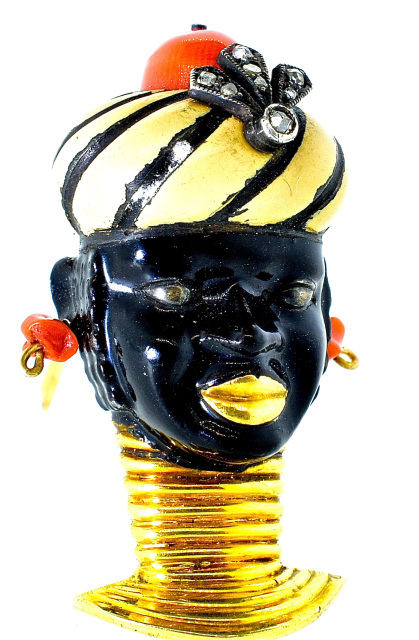 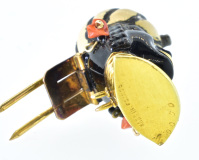 Cartier France brooch with enamel, diamonds and coral. Cartier Paris made this in the 1920s with diamonds, enamel and coral. This 18K piece is signed Tiffany France and signed and numbered. It weighs 11.29 gams.

A piece similar to this brooch can be found in Cartier and America" by Martin Chapman, Fine Arts Museums in San Francisco, Page 108 in 2009

Blackamoor is a European art style from the Early Modern period depicting highly stylized figures, usually African males. Specifically, it is a genre of art or jewelry originating in 16th century Venice and seen especially throughout the 19th and early 20th century.